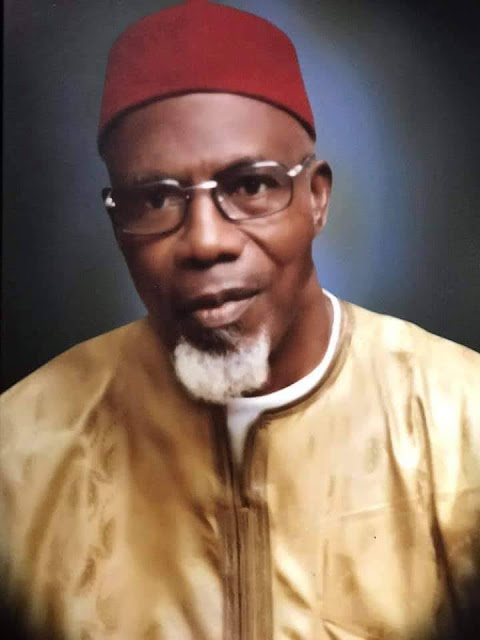 At exactly 3:45 pm of Saturday, August 7, 2010, he gave up the ghost inside the hospital at the age of 74 but he had been his community’s traditional Warlord being the Uwolo of Ibusa. Hon Chief William Ukadike Ikolodo who hailed from Umuisagba, Ibusa was one of the greatest Ibusa personalities of his time. He was certainly one man that his community benefitted immensely and selflessly from as an illustrious son and political representative.

The huge gap that Willy Ikolodo left in Ibusa resonated with the ceremony organized in his memory by his family to mark his ten years of demise in Lagos.

This article serves as a reminder of the life and times of the legend and all that the Ibusa community lost in him.

1. He was perhaps the most popular Ibusa figure of his time and he utilised it to the latter. The name, “Ikolodo” was like the name of a Roman god, feared by some, loved, respected and venerated by others. In fact, Ikolodo remains the most popular Uwolo Ibusa ever had, maybe too, the most popular Warlord who would volunteer to stand in any forefront of any hot battle against Ibusa. He awaited battles with readiness to meet the enemy. Till date, mention”Ikolodo” and all minds will turn and invoke him.

2. He was a complete lover and believer in Ibusa who took the community’s name far and wide. In Lagos, he named his structure after Ibusa.

3. He laid the Ibusa foundation of humanitarianism and philanthropy, giving Ibusa youths employment, awarding scholarships and supporting the political ambition of yet many more. He donated a block of classroom to Omu Boys Primary School and Nkwuaka. Indeed, a few others were to later become inspired by him.

4. Since the legend left the position of Nigeria’s Federal House of Representatives, which he won in 1983 under the political banner of National Party of Nigeria (NPN), no other Ibusa son or daughter after him has occupied that position. Although Ibusa compatriot, Barr Peter Nwaoboshi has reoccupied Obi Nosike Ikpo’s Nigerian Senate and even equalled his two-term record, 37 years after, the Ibusa people are still asking questions on why no “nwa Igbuzo” has entered House of Representatives again. Did Willy Ikolodo shut the door as Azikiwe did to the River Niger and Awolowo to the moon?

5. He was a committed investor in the community. With his printing press and a few others, the late Uwolo Willy Ukadikebunazua Ikolodo took his investments to the community to engage Ibusa youths meaningfully.

6. He was a believer in education as the Ibusa society’s bedrock hence, he helped to lay a sound educational foundation in the community that many benefitted from. Crusade Secondary Commercial School is one of these developments.

7. Chief Ikolodo perhaps remains the only Ibusa politician with a well-known political philosophy. His established political ideology was “when there is trouble create more so that in the end, all troubles will be settled”. One of the Ibusa believers in Ikolodo ideology was another political icon, Mr. Charles Nwabudike of Umueze, popularly known in the community as “World Bank”. With Ikolodo, there were a generation of respectful and respectable Ibusa politicians of the time whose political ambition was to give to the community without the unusual thirst to receive back.

8. The great Ikolodo was so influential in Ibusa that he was the leader of Ikolodo Camp as against the Anaza Camp in the community that was already polarized along the two lines of two political heavyweights with every other person falling under the two. Some of the people mentored by Ikolodo remain in politics today.

9. Historically, Hon Chief Willy Ikolodo was one of the inventors and makers of the present Obuzor institution in the community.

10. He took his influence outside Ibusa where he acquired chieftaincy titles like the Abobaselu of Oworonsoki and Osuofia of Oshimili among others. Chief Ikolodo appears to Pen Master the only Ibusa indigene with an Oshimili chieftaincy title or just one of the few in this rarity.

As Hon Chief Willy Ikolodo is remembered, Ace critic and television icon, Prof Chris Nwaokobia says of him “greatness cannot be hidden, greatness is the lot of the brave and the free-spirited, you were brave, you were free spirited, and you were a lover of humankind, indeed your legend lives on. Being pretty close to the family you left behind has availed me a journey into the workings of your mind. You were a philosopher and an astute leader of men and women. Your strength was profound and your resilience Olympic… As we commemorate 10 years of your sojourn with the Saints Triumphant in the beauty beyond”.

Ibusa enthusiast and initiator of Umuigbuzor, Pat Adigwe wrote of him “Ikolodo was the great irreplaceable iroko that left Ibusa when Ibusa needed Him most. This man came to Santa Maria in the year 1996 and met three of us on our way home at about 9.30 am. He just beckoned on us to come over. We recognised him as Nna Dike so we answered his call with no hesitation and so he drove with us back to school without even asking us why we were out of school until when we got to the school and he was told we defaulted in school fees payment. That day he paid my school fees. Hs death filtered Ibusa but was kept mute thinking his mother would die if told but the people of Ibusa could not hold back such great catastrophy. The news travelled like gas in dead silence. It seemed darkness had taken over the sun at noon. When he converted one of his houses in Umuisagba to a secondary typing school, the school became the new bride in Ibusa as it accommodated a lot of Ibusa on scholarship. No wonder the admin kept complaining of not being able to generate funds enough to pay workers. The Current Obuzor of Ibusa should be grateful to Chief Willy for the great roles he played in ensuring Ibusa finally gets the Obuzor Institution. I am Sure Chief Willy’s wife (Mummy Moji) would have been tired of her husband’s constant travels and long absence from their business as Chief took the matter of Ibusa so sserious.He gave Obi Senator Nosike Ikpo serious political war and yet no soul was ever declared missing in Ibusa. He is the best Uwolo Ibusa ever produced”.

With the journey of the great Ibusa legend, the community appears to have lost a generation of a patriot,  legacy builder and communal pillar but hopes that the shoes that he has left behind finds fitting wearers.